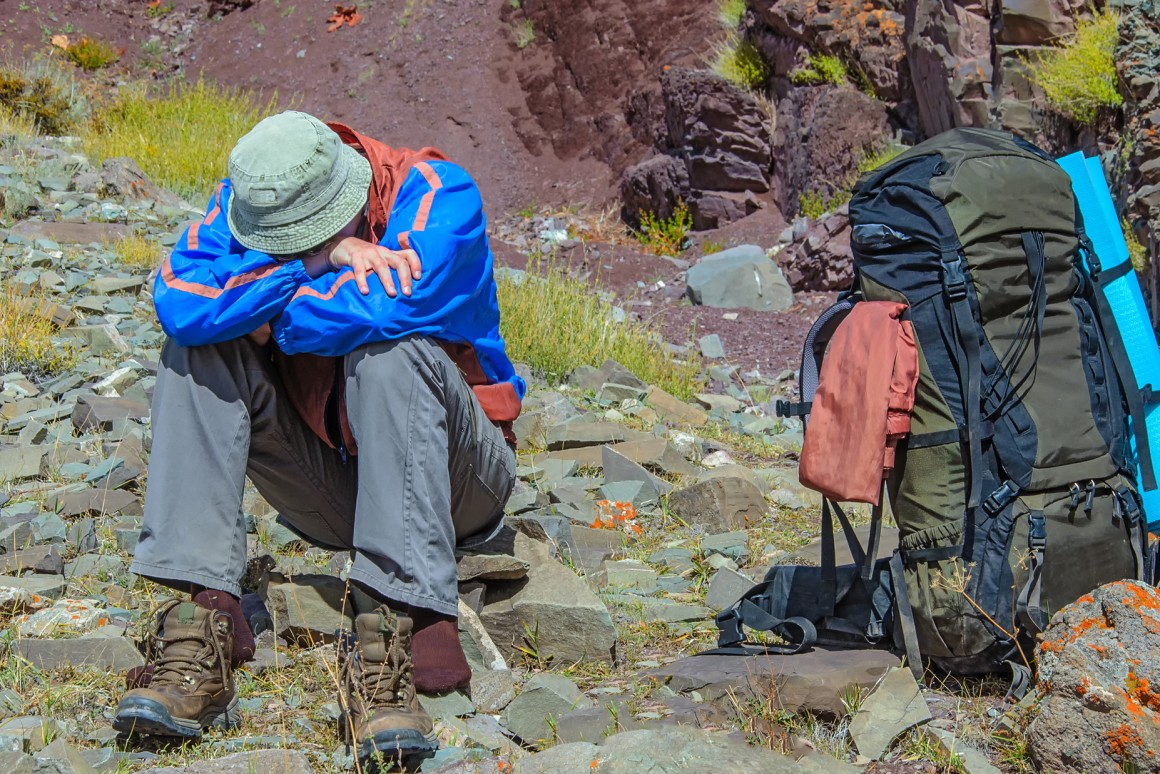 Acute mountain sickness or “AMS” is a serious medical condition brought on by travelling too quickly to altitude, and/or performing physical exercise at altitude when unacclimatised. Private Kilimanjaro has a clear 4 point plan to help you avoid AMS but you should learn all you can about it. To say it is unrelated to fitness is only partially true; tolerance to altitude varies greatly amongst individuals, but a fit person will not strain their cardiovascular system as much as an unfit person for the same amount of exercise, so will, therefore, be at a lower risk of developing AMS. Even a very fit person, however, is still very likely to develop AMS if they attempt Kilimanjaro without some days spent acclimatising.

The pleasures of trekking in the world’s highest mountain ranges cannot be overstated. Neither can the dangers. Altitude sickness can occur in some people as low as 8,000 feet, but serious symptoms do not usually occur until over 12,000 feet. Even then it is not the height that is so important, rather the speed in which you ascended to that altitude.

Acute mountain sickness (AMS) is actually more common in fit young men because they are more likely to attempt a rapid ascent by racing up the mountain like some indestructible superhero! As a general rule, it is far safer (and more enjoyable) to avoid altitude sickness by planning a sensible itinerary that allows for gradual acclimatisation to altitude as you ascend.

It is also a mistake to think than AMS is the result of a gradual and linear worsening of mild altitude symptoms such as breathlessness and headache. AMS is, in fact, a sudden and dramatic onset of symptoms (particularly nausea/vomiting, ataxia (loss of balance), and a complete loss of energy), and leaves the person hardly able to walk or look after themselves. It develops suddenly in around half an hour (often preceded by repeated yawning) and in that time will almost completely incapacitate the sufferer (symptoms reverse equally dramatically on rapid descent)

If you have the time it is highly recommended that you take seven days to climb Kilimanjaro which allows most people to acclimatise sufficiently. Allowing extra time to acclimatize adequately or to recover if you are ill will increase your chances of success dramatically.

More information from the experts about AMS