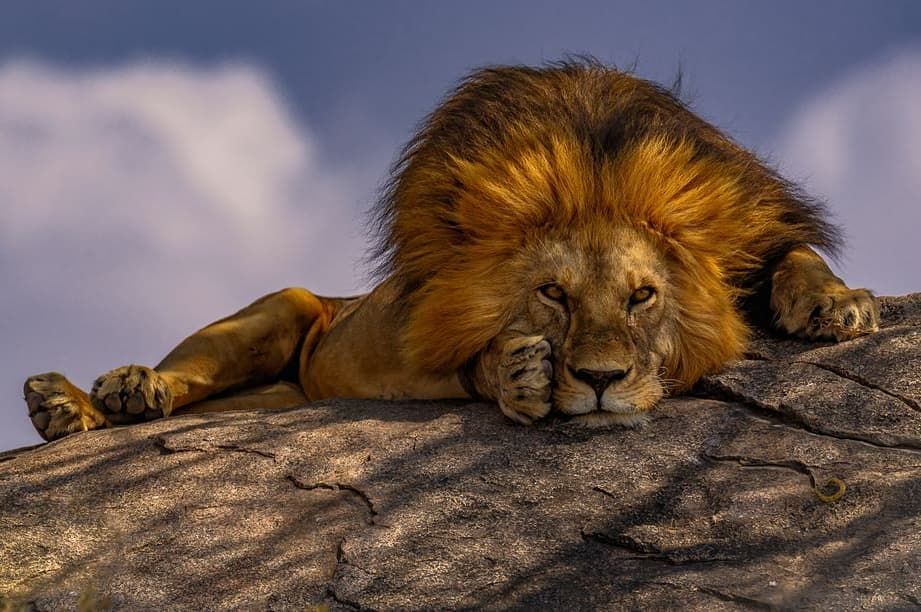 The Serengeti National Park is one of the world’s greatest game parks. Meaning “endless plains” in the Maasai language, the Serengeti continues to be an ongoing source of inspiration to writers, filmmakers and photographers alike.

It is Tanzania’s oldest game reserve and is world-famous for the role it plays in the annual Great Migration when an estimated two million herbivores – mostly wildebeest – migrate from the Serengeti to Kenya’s Masai Mara Game Reserve. Hundreds of thousands of animals die along the way and the drama of this epic seasonal journey is a gripping, deeply moving experience and a wonderful photographic subject.

Its far-reaching plains of endless grass, tinged with the twisted shadows of acacia trees, have made it the quintessential image of a wild and untarnished Africa. Its large stone kopjes are home to rich ecosystems and the sheer magnitude and scale of life that the plains support is staggering. A large pride of lions laze easily in the long grasses, plentiful families of elephants feed on acacia bark and trump to each other across the plains, and giraffes, gazelles, monkeys, eland, and the whole range of African wildlife is in awe-inspiring numbers.

The annual wildebeest migration through the Serengeti and the Masai Mara attract visitors from around the world, who flock to the open plains to witness the largest mass movement of land mammals on the planet. More than a million animals make the seasonal journey to fresh pasture to the north, then the south, after the biannual rains. The sound of their thundering hooves, raising massive clouds of thick red dust, has become one of the legends of the Serengeti plains. The entire ecosystem thrives from the annual migration, from the lions and birds of prey that gorge themselves on the weak and the faltering to the gamut of hungry crocodiles that lie in patient wait at each river crossing for their annual feed.

But it’s not just the wildebeest that use the Serengeti to migrate. The adjacent reserves of Maswa and Ikorongo, the Ngorongoro Conservation Area, and the Masai Mara Game Reserve in Kenya all allow the animals and birds of the area a free range of movement to follow their seasonal migrations. Indeed, in the wake of the wildebeest migration, many of the less attention-grabbing features of the Serengeti are often overlooked. The park has varied zones in which each ecosystem is subtly different. Serener in the centre of the park is the most popular and most easily visited area. The Grumeti River in the Western Corridor is the location for the dramatic river crossing during the wildebeest migration. Maswa Game Reserve to the south offers a remote part of the park rewarding in its game-viewing and privacy, and Lobo near the Kenyan border offers a chance to see a plentiful game during the dry season.

Aside from traditional vehicle bound safaris, hot-air ballooning over the Serengeti plains has become a safari rite-of-passage for travel enthusiasts. The flights depart at dawn over the plains and take passengers to close over the awakening herds of wildebeest and zebra, gazelle and giraffe. The extra altitude allows guests to witness the striking stretches of plains punctuated only by kopjes. Up in the sky, you have Africa all to yourself.