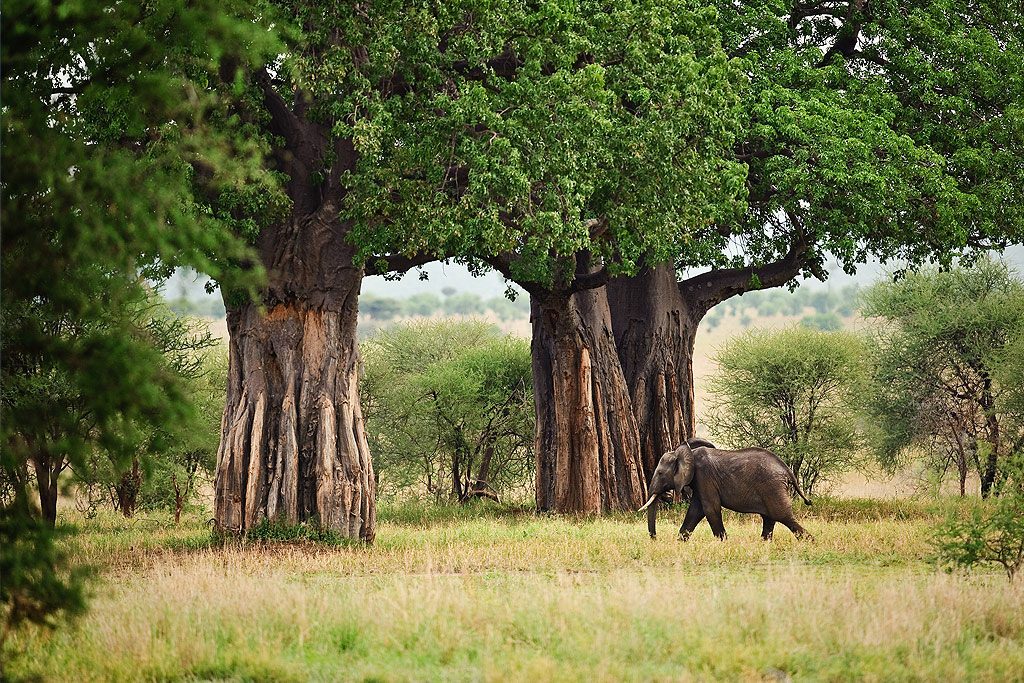 Tarangire National Park has some of the highest population density of elephants anywhere in Tanzania, and its sparse vegetation makes it a beautiful and special location. Located just a few hours’ drive from the town of Arusha, Tarangire is a popular stop for safaris travelling through the northern circuit on their way to Ngorongoro and the Serengeti. The park extends into two game controlled areas and the wildlife is allowed to move freely throughout.

Before the rains, droves of gazelle, wildebeest, zebra, and giraffes migrate to Tarangire National Park‘s scrub plains where the last grazing land still remains. Tarangire offers unparalleled game viewing and has more elephants than any other park. Families play around the ancient trunks of baobab trees and strip acacia bark from the thorn trees for their afternoon meal.