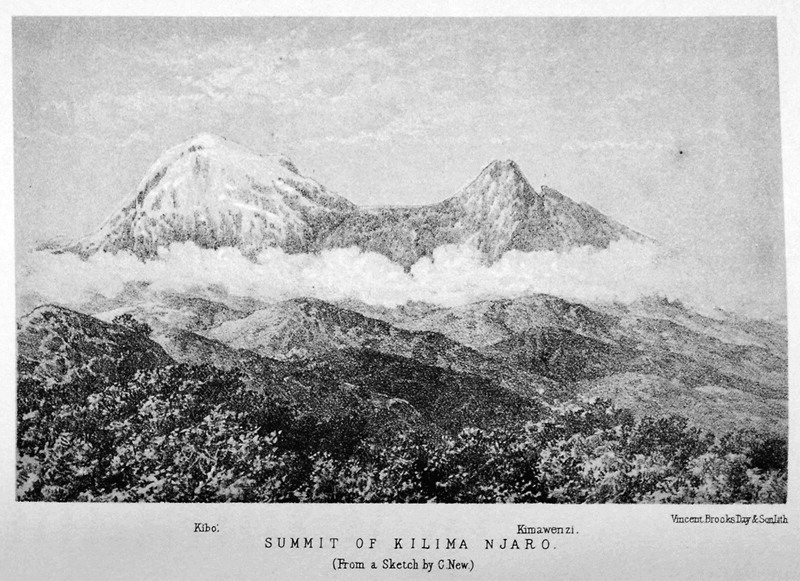 For the local Chagga people who farm Kilimanjaro’s foothills, the mountain has always been revered. When Johannes Rebmann reached this area in 1848, being the first European to see Kilimanjaro, he reported that his guide had once tried to bring down the ‘silver’ from the summit, which mysteriously turned to water on the descent. A later explorer, Charles New, who reached the foothills of Kilimanjaro in 1871, heard stories from the local Chief Mandara about spirits on the mountain jealously guarding piles of silver and precious stones. It was said that anybody trying to reach the summit would be punished by the spirits with illness and severe cold.

Other explorers, Gustav Fischer and Joseph Thomson reached the lower slopes of Kilimanjaro, and in 1887 Count Samuel Teleki managed to get to a point only 400m below the top of Kibo. The summit was eventually reached in October 1889 by Hans Meyer, a German professor of Geology, accompanies by Ludwig Purtcheller, an experienced alpinist, and Yohannes Lauwo, a local guide from the village of Marangu, you can read more about Mzee  Yohani Kinyala Lauowo here. Mayer named the summit Kaiser Spitze, after the German Emperor. When mainland Tanzania (then called Tanganyika) gained independence in 1961, the name of the summit was changed to Uhuru (Freedom) Peak.