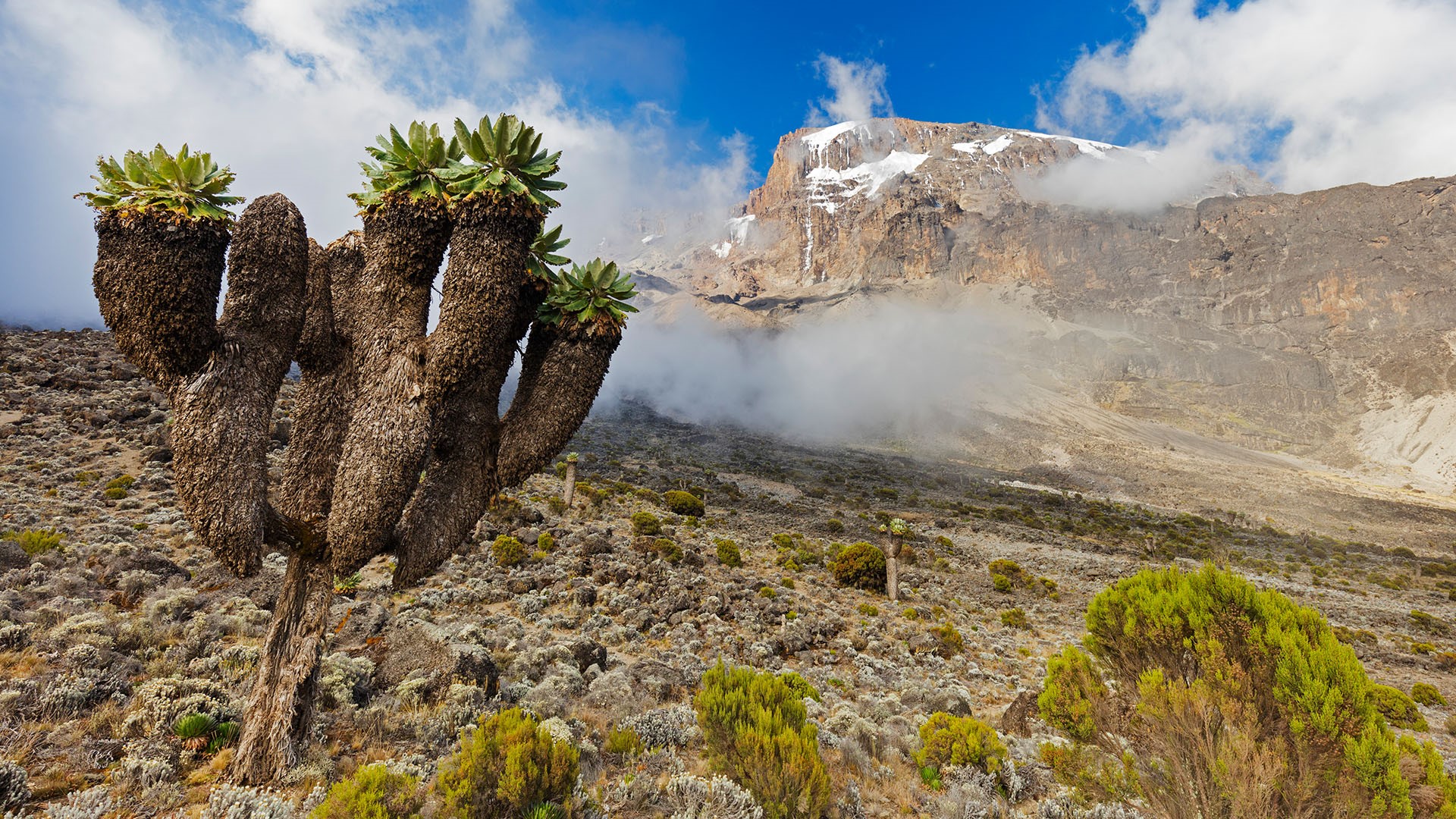 Being a sky island, Kilimanjaro has unique vegetation such as the water holding cabbage in the tussock grassland and other plants like this all adapted to living in alpine conditions. Kilimanjaro has a large variety of forest types over an altitudinal range of 3,000 m (9,843 ft) containing over 1,200 vascular plant species. Montane forests occur on the wet southern slope.  Cassipourea and Juniperus forests grow on the dry northern slope.  Subalpine Erica forests at 4,100 m (13,451 ft) represent the highest elevation cloud forests in Africa.

A feature of the forests of Kilimanjaro is the absence of a bamboo zone, which occurs on all other tall mountains in East Africa with similarly high rainfall. ‘Sinarundinaria alpina’ stands are favoured by elephants and buffaloes. On Kilimanjaro, these megaherbivores occur on the northern slopes, where it is too dry for a large bamboo zone to develop. They are excluded from the wet southern slope forests by topography and humans, who have cultivated the foothills for at least 2000  years. This interplay of biotic and abiotic factors could explain not only the lack of a bamboo zone on Kilimanjaro but also offers possible explanations for the patterns of diversity and the uniqueness to its geography. Kilimanjaro’s forests can, therefore, serve as a striking example of the large and long-lasting influence of both animals and humans on the African landscape 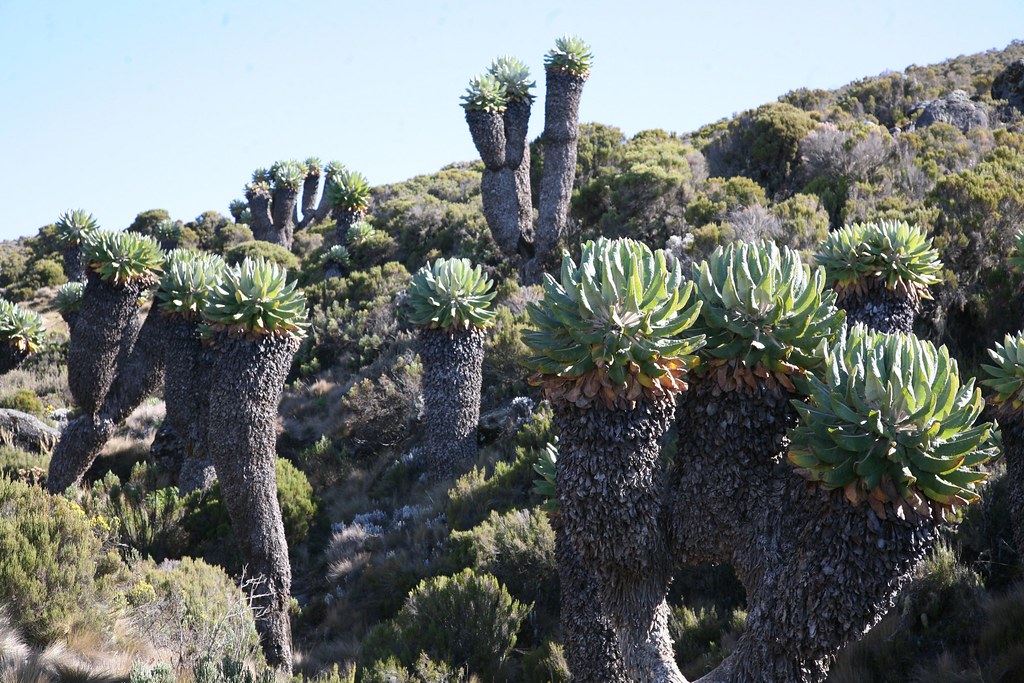 As you climb Kilimanjaro, plants near the top of the mountain tend to become less and less. Climbing slightly higher up the slopes of Kili, one will come across the heath and moorland. Also known as the grassy land of giants, the heath is inhabited by enormous heathers growing taller than 9 feet in many instances. Scattered between the giant shrubs are resilient and beautiful flowers such as the Kilimanjaro protea, and ‘everlasting daisies’. Also lighting up the mountain with the colours of an African sunset are the well-known succulents, Kniphofia thomsonii, otherwise known as red hot pokers. Intersecting the heath, the moorland area is occupied mostly by senecios and giant lobelias. Some of these plants stand approximately 17 feet high and are over 100 years old. One subtype of the species, the Lobelia deckenii has protective leaves which close over the plant’s tiny blue flowers at night, protecting them from the devastation of the evening frost.

At approximately 4500 feet, the alpine desert is a cauldron of extreme temperatures. Scorched by the equatorial sun during the day and battered by sub-zero winds at night, only the hardiest of plants can survive here. Tussock shoots sprout from within the confines of the plant’s dead older strands and lichens cling directly to jagged lava rocks. Also managing to endure the harsh terrain is the resilient helichrysum, whose bright yellow flowers stand out like golden treasure against the empty, grey surroundings.

The final stretch of the mountain, the summit zone, is inhabited only by the hardiest of lichens. Due to the fact that all water at this altitude has been sucked into the absorbent Volcanic Rocks, ice and snow, even the lichens at this altitude grow incredibly slowly.