Mount Kilimanjaro is approached from the west, with a brief drive from Moshi, the closest town to Mount Kilimanjaro to Londorossi Gate. The first two days of the walk are spent traveling through the jungle to Shira Ridge before reaching the Shira Plateau. The trail then proceeds north, circumnavigating the mountain clockwise from Moir Hut to Buffalo Camp to School Hut, finally summiting from the east. The Mweka path is taken to descend.

About the Northern Circuit Route

The newly introduced Northern Circuit route deserves its billing as the “grand traverse” of Kilimanjaro from west to east.  It is by far the quietest and remote route taking you on a circumnavigation of Kilimanjaro far away from the crowds. It offers a very high summit success rate due to its longer walk in which helps to improve acclimatization.

The Northern Circuit route starts at 2360m on the far west of Kilimanjaro. It traverses through the rainforest, where the wild game may be seen, continuing up to Shira Ridge, Kilimanjaro’s third summit. From here you will ascend and cross the expansive Shira Plateau with fantastic views of Shira Cathedral.  It then turns north and works around the remote northern slopes of Kilimanjaro overlooking Kenya and the famous Amboseli National Park.

The descent is via the Mweka trail, making a more interesting climb. Most climbers who are fit and well-acclimatized take 9 days to climb Kilimanjaro by the Northern Circuit route.

Open group climbs are available on this route. 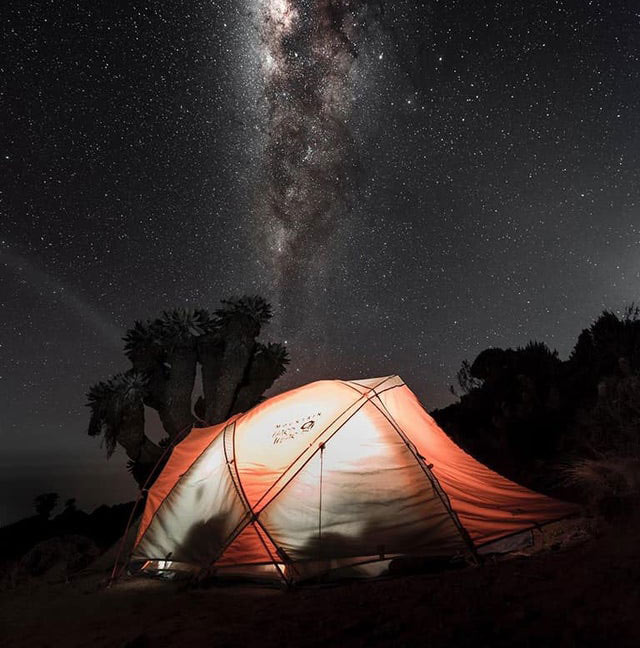 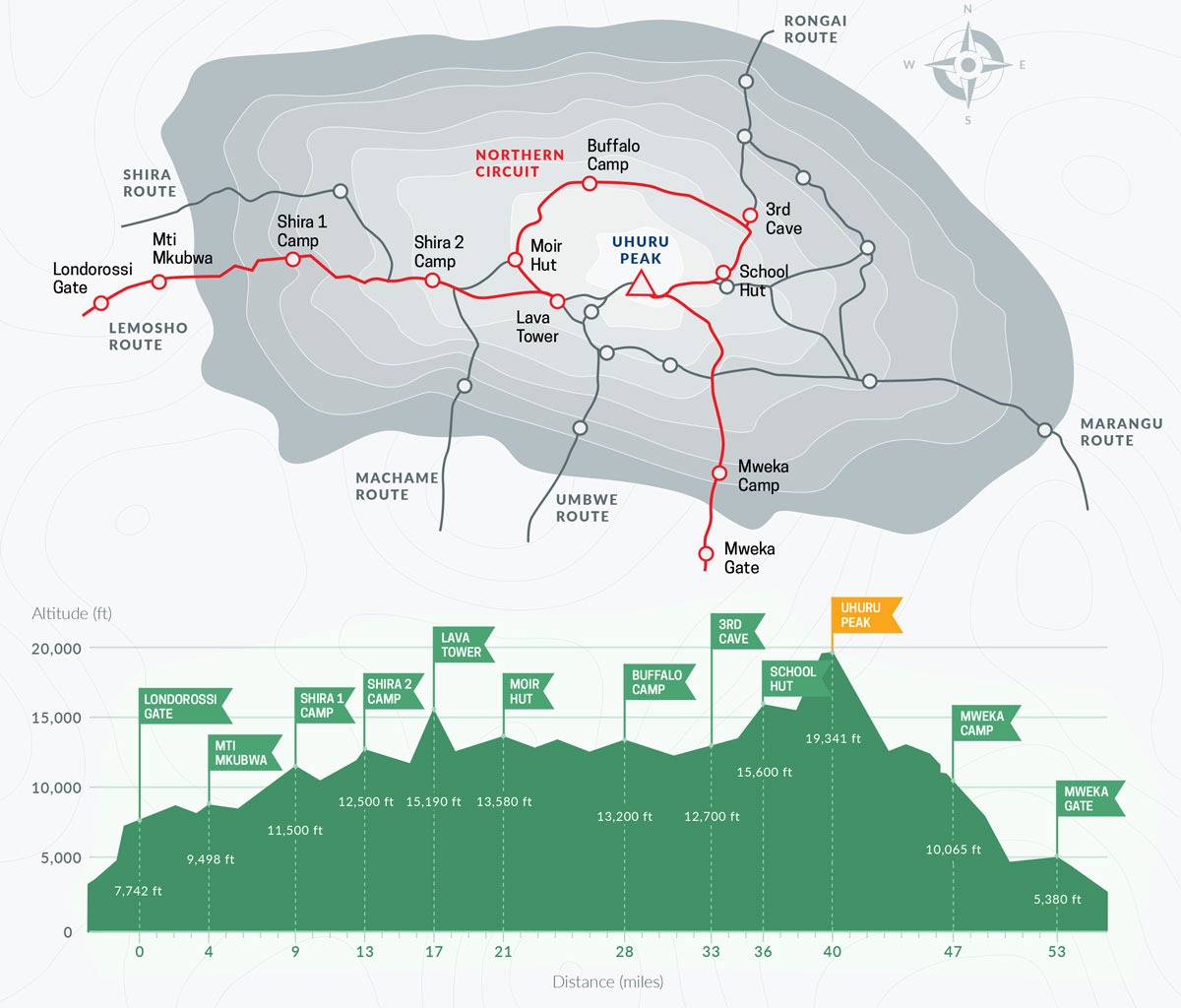 After breakfast we set off for the Londorossi Gate where you are registered to climb and the porters will assemble all the equipment and supplies that we need. We then begin our climb through the forest to Mti Mkubwa, our first camp at 2895m.

Our trek today will take us to Shira Plateau, the caldera left by the collapse of Kilimanjaro’s third volcanic crater. Tonight’s campsite is Shira 1 camp, and it will be significantly colder here than the previous night.

Today we walk to the summit of Shira Cathedral, a huge buttress of rock surrounded by steep spires and pinnacles. There is a tangible sense of wilderness here, especially when the afternoon mists roll in. From our camp at Shira 2, we take in the unforgettable views of Mt. Meru.

Leaving Shira 2, we briefly join climbers on the Machame route before we turn north and make our way on a lesser-used trail to Moir Hut campsite, where we will camp below the Lent Hills.

We start with a steep climb out of Moir Valley and take a short detour to reach the summit of Lent Hills.  After admiring the views we return to the trail and head eastwards around the northern edge of the mountain. The final section of today’s walk undulates as we cross several valleys until reaching Pofu Camp.

From Pofu Camp we continue around the northern edge of the mountain, with views out across Kenya. We cross more small valleys as the trail heads eastwards through a landscape that has increasingly sparse vegetation to reach Third Cave Camp.

We will make a steady ascent to reach the saddle, a lunar landscape between the peaks of Kibo and Mawenzi. From here we continue upwards to reach School Hut in the early afternoon. The remainder of the afternoon is spent resting and preparing for summit day.

At around 1am, we set off on a tough zig zag  trail taking us to the rim of the crater at Gillman’s Point. From here we take a short break to watch sun rise over Mawenzi. Then its a trek around the crater rim to Uhuru Peak, close to the glaciers that still exist at the summit of Kilimanjaro.

Time for a celebration and and a few summit photos before the start of our descent down to the Mweka Hut camp site. This will take us back to Barafu for lunch. There will be loose gravel going down to Mweka Camp (3100m), so trekking poles will be useful. That evening we will enjoy our last dinner on Kilimanjaro and sleep well after the day exertions.

The last day on the mountain starts with a descent down to the Mweka Park Gate where summit certificates are issued. Through the rain forest , it can get wet and muddy. If you have gaiters, you may want to use them here and trekking poles will help. It may be warmer so shorts and t-shirts can be worn, but keep waterproofs and warmer clothing to hand.